Ghana is much less corrupted then the neighboring countries, according to the Transparency International corruption index. However, whole segments of public affairs remain highly corrupted. A barrier which is hard to overcome.

Over the last three years in Ghana, 9,6 billion cedis of public funds have been lost because of corruption, according to the Ghanaian Centre for Democratic Development (CDD). This represents about 1,6 billion euros. But this figure is only the tip of the iceberg. Indeed, the CDD bases its results on exposed affairs. 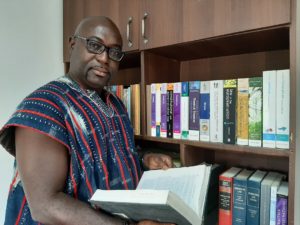 “Corruption has direct consequences on the Ghanaian economic growth. If there’s an environment of corruption, the cost of doing business goes up. And it passes on these costs to consumers, to ordinary people” William Nyarko explains. This former investigation journalist is at the head of the Africa Centre for International Law and Accountability (Acila), an independent NGO specialized in development issues in Western Africa.

Every year, Transparency International calculates a corruption index for each country. The higher it gets, the less corrupted the country is. In Ghana, this index was of 41/100 in 2018 – it improved but one point in a year. But William Nyarko expresses doubts: “But there’s also a feeling from the people. More than 90% of the Ghanaians actually think that corruption is high.”

20 years ago, Transparency International opened a local in Accra – the Ghana Integrity Initiative (GII). Since its creation, the GII team is constantly confronted to corruption affairs. Its executive director, Linda Ofori-Kwafo, is literally buried under files. “Everyday, victims come to see us. They complain about corrupted public servants in schools, hospitals… almost everywhere actually. We help them by providing them the services of our lawyers”, she develops. Recently, the GII helped a single mother of eight, who had to take out her children of school because of abusive fees.

A WhatsApp platform to help the victims

One the main missions of the GII is to go on the field to meet the citizens. Particularly in the most remote rural regions, where it implements discussion forums. The organization explain to the inhabitants that there are several types of corruption, and helps them cope with it. 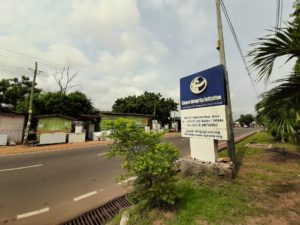 The GII also decided to launch its very own social network: a WhatsApp platform called “I Paid a Bride” was created two years ago. This new  way of expression is supposed to enable anyone to discreetly denounce cases of corruption. The victims can add pictures or videos to support their accusations.

For now, about 400 people have used this platform. It is a “a success, but also not a success”, according to Linda Ofori-Kwafo. Yet, the executive director of the GII wants to stay optimistic. She insists: “it is essential to minimize corruption, because the resources we lose are supposed to be used for the construction of roads, for school buildings, for providing basic necessities of life…” In 2018, the African Union set as its goal to “win the fight against corruption”. But for Ghana, the war is still far from being won.