The video game market is overflowed by American, Japanese and Europeans products. In Accra, Leti Arts, one of the rare development teams in Africa, wants to change all that.

Under a thick rain, on a dirty road, goats are wandering around. Shelters made of metal plates and houses face each other. Behind these concrete walls, in a nearly empty room, several professional video gamers are working on their computers. There is nothing to indicate that Leti Arts is based in this building, although it is one of the rare development teams in Western Africa. 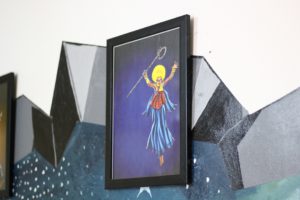 One of the Leti Arts character – © Raphaël Cann

The walls are covered with posters representing Leti Arts characters. Even if they are drawn like US super-heroes, the African influence is very noticeable. Eyram Tawia sums up his ambition: “I have founded this company in 2009 to tell African stories.” The 35-year-old entrepreneur grew up reading comic books and playing video games. He is often invited to take part in various tech events, so he is used to showing his projects. “We want to start a video game industry in Africa,” he claims with a confident voice. 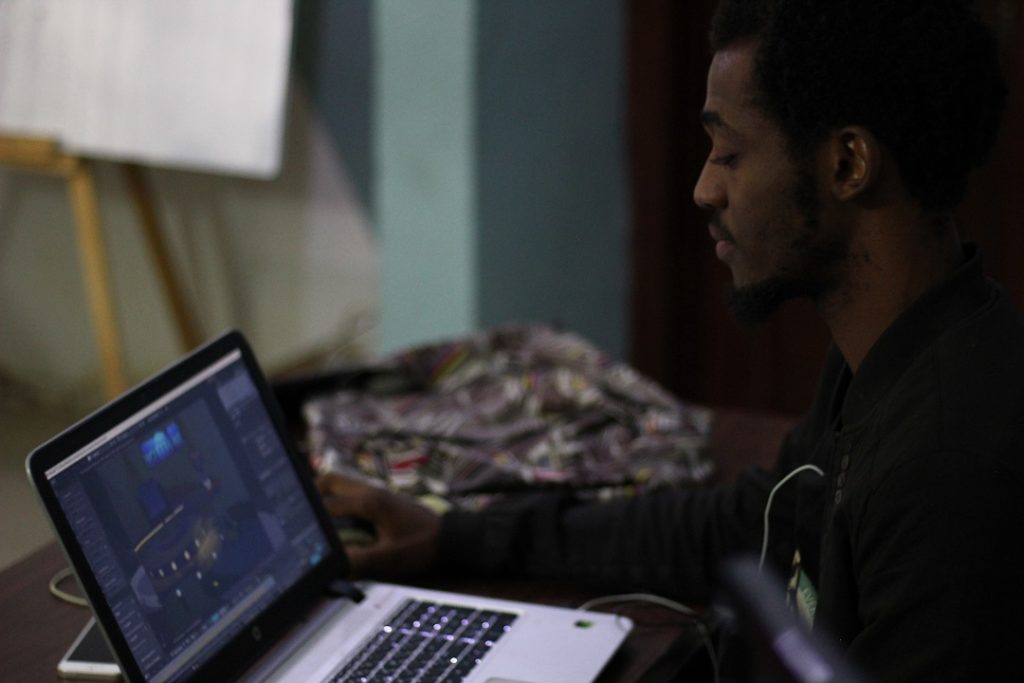 His team of eight Ghanaians works on different projects. One of them is about making a 3D animation for a promotional trivia mobile game for MTN. The team depends on these local orders for their livelihood. So far, nearly 82,000 dollars have been invested in their main work: a game called Africa’s Legend Reawakening. “Here, a lot of people have phones, but only a few have computers », Eyram Tawia explains, sitting in his office, where a few prizes are scattered. « To make it available to all, our game will be playable on Facebook, WhatsApp, and texts for those without Internet connection” he develops.

For now, the functionalities are pretty basic: it is text-based with various choices, like a gamebook. Players can fight each other with mini-games like chess, tic-tac-toe or trivia questions. Depending on which platform the player uses, the interface changes. 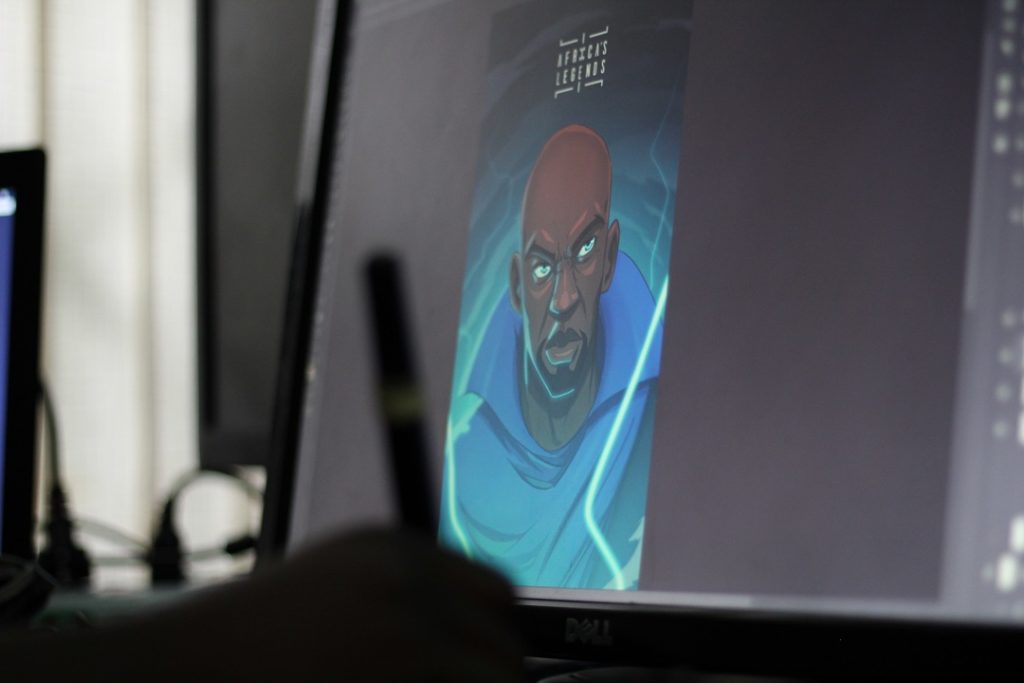 Leti Arts hopes to sell on the international market very soon, although their first games were not that successful. In their first creation, which is called Iwarrior, the player embodies a tribe member fighting off hyenas. But the game was not downloaded enough to be profitable. “It was not much, but it brought us visibility. We were pioneers,” Eyram Tawia remembers. This experience also confirmed his objective, which is to make video games about Africa and its culture.

The villains: pirates, poachers and kidnappers

In a room he shared with two colleagues, Ravi works on a character’s design with his graphic tablet. On his screen, there is a bold man with a blue cape. “It is Po Sagala, our Malian hero. He is a diabolic genius from the Dogon tribe.” Around 15 characters are available. They are all inspired by a different country. Like Spiderman fighting gangs of New-York, Africa’s Legends protagonists are facing off with corrupt leaders, pirates or kidnappers.

Like Ravi, most of the employees are self-taught.  “When I was a student, I never thought I would be working for a Ghanaian video game company”, the young main explains. Paul, who takes care of social media, looks up from his plate: “And we are talking about our culture. It is important to control the narrative.”

On social media, around 5,000 people follow the team’s pages. Among them, there are Ghanaians, Nigerians, Kenyans, members of the diaspora abroad… “There is no need for expensive equipments and our history is very rich. We can conquer the continent” Eyram Tawia assures. He hopes for half a million players. No release date has been announced yet.

Leti Arts is still trying to find a publisher for its new game. “A lot of people are interested,” Eyram Tawia claims. He dreams of seeing his creation on Xbox, Microsoft’s console. Soon enough? “Discussions are going on, you will know more after the summer.”