« Despite the economic growth, nothing will ever change in the waste dump »

Roméo Van Mastrigt8 juillet 2019Commentaires fermés sur « Despite the economic growth, nothing will ever change in the waste dump »01.5k

In the Agbogbloshie slum of Accra, electronic devices from Europe are burnt and their metal are sold. The inhabitants are left over breathing toxic smokes. Fater Subash, who built a little clinic in the neighbourhood, struggles to save them all.

« More than 100.000 people live here, all around us. Be careful when you walk, streets are congested here. » Father Subash split the crowd quietly, with his large dark bag on the shoulders. Along the river of Agbogbloshie, one of Accra’s neighbourhoods, lies one of the biggest e-waste dump in the world. Around 40.000 tons of computers or TV pieces are brought here each year. Their components are burnt so that workers can take the metals inside. Deadly smokes run through the streets of this huge labyrinth.

Deep inside hides the « City of God » from Father Chittilapilly Subash: a small clinic and a kindergarten. Some chickens are eating plastic in front of the doors. Here, the Agbogbloshie people can leave their kids for the day, to learn how to sew or to be cured.

No water nor electricity

« There used to be no clinic. People were going to the drugstore and gorging on medicines without even knowing which disease they had », remembers Father Subash. This Indian priest launched the construction of this place two years ago. The location has no water nor electricity. Inside, one doctor and two nurses welcome the patients. In the slum, it is the only place where you can get medical checks.

Father Subash has not been living in Agbogbloshie for his whole life. He was born in Calcutta, India. He then joined the Charity Missionary as a young man, and has worked with Mother Teresa for 20 years. He was also sent to Los Angeles, Mexico and Roma by the Church. Then, he went to Kumasi, in the North of Ghana, and he stayed there for three years. Quickly, Father Subash decided to take care of the people in the slum. 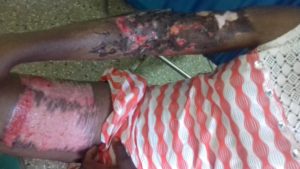 In the 62-year-old catholic clinic, there is only one little desk to welcome the 40 daily patients. Here, the medical care is free. People only have to register for one cedi (about 0,15 euros).

The most polluted place in the world

« When people die, they always say: ‘It’s malaria‘, it has become a common expression. In fact, it is because of the toxic smokes », blames Father Subash. According to a 2013 study published by the American NGO PureEarth, Agbogbloshie is the most polluted place in the world, even worse than the nuclear site of Tchernobyl. Children are the most affected. 15 of them come everyday to get healed. « Newborns breath toxic smokes. Their eyes start burning, their skins too. They are abandoned and eat with their dirty hands. It makes sense that they get sick », regrets the Indian missionary. 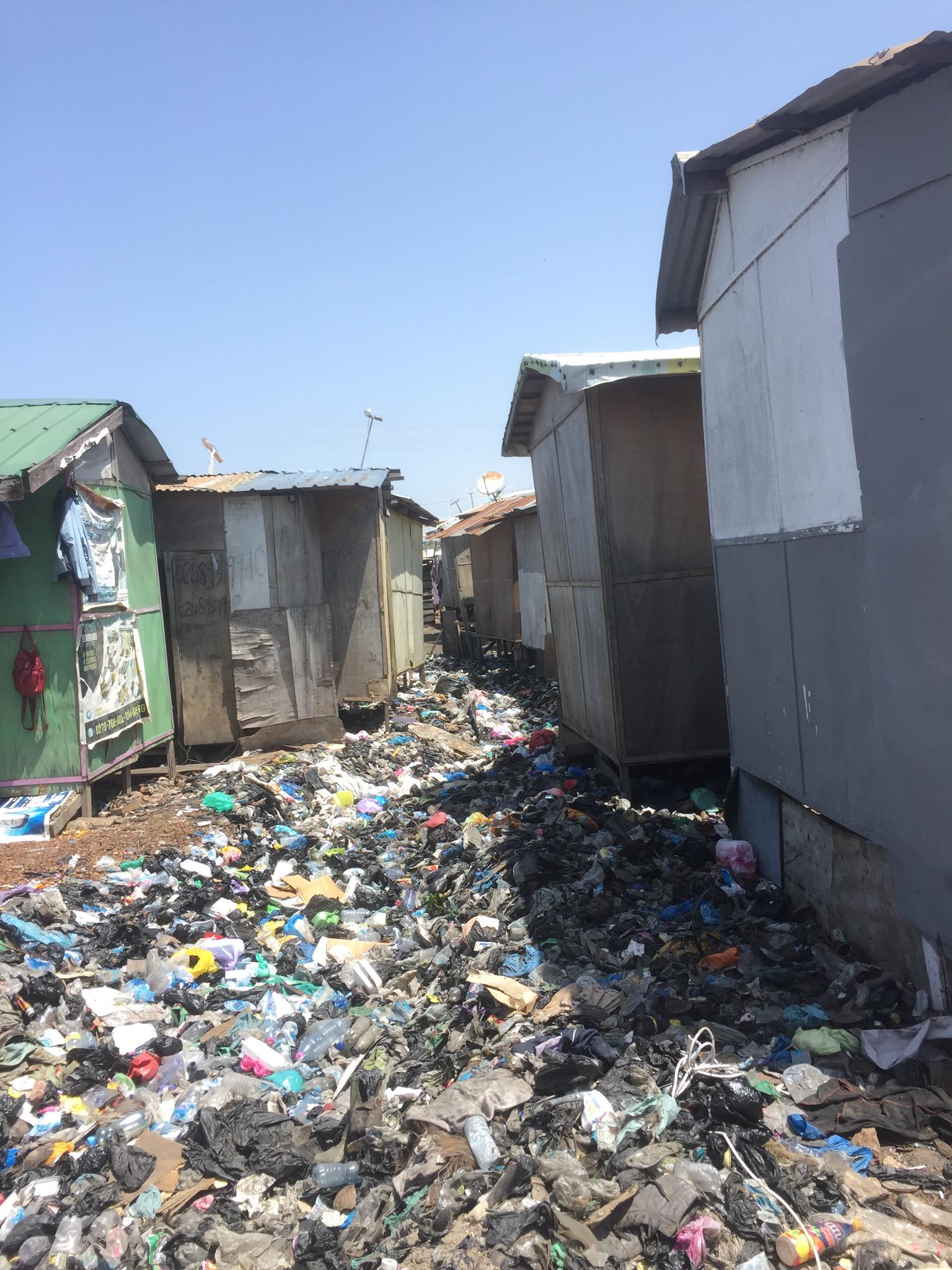 Reports, documentaries and movies about Abgogbloshie are constantly made and the waste dump is still publicized. « Yet, nobody gets benefits from it. Some people come to me and ask: ‘Father, if everybody talks about us, why is there nothing changing?‘. Despite the media coverage, Father Subash is worried that the government is doing nothing to help them. The priest is bitter: « Despite the economic growth, nothing will ever change here. »

Some recycling sites projects are planned, but much more should be done to improve living conditions in Agbogbloshie. Father Subash is doubtful: « Some religious congregations tried to invest money here, but there is no hope in getting it back. » In Agbogbloshie, there are the ones who can’t survive, and those whom Subash tries to save. His priority is on those who « cannot wait, cannot pay, those who could die right here right now ». He concludes : « We cannot heal everyone. »